An Archaeologist’s (Childhood) Dream: The Privilege of Writing What I Love 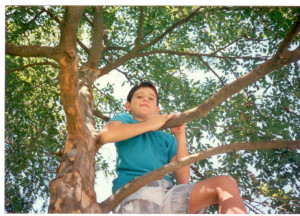 [This post is a modified version of my December 7, 2013 guest post for The Children’s Book Review. (http://www.thechildrensbookreview.com/)]

“What do you want to be when you grow up?”

As adults we seem to love this question, though we know better than to hold kids to their answers. The expected responses range from the unrealistic, to the wildly aspirational, to the not-all-that informed–whether astronaut or firefighter, archaeologist or baseball player, or President of the United States. Fortunate kids will find other passions to pursue as they grow older. Others will combine interest and practicality into something else. Still others—the majority–will not have a much of a choice, at all.  But it’s no tragedy to veer from the course we set ourselves as children. It’s good to have passion, regardless.

What I wanted to be when I grew up I already was at twelve. But that I’m one of the very, very few who’s stuck with his first answer is nothing to brag about. I’ve been lucky enough to have been able to pursue my interest and narrow-minded enough to rule out other–in some ways wiser–options.

I was in eighth grade when I took part in my first archaeological excavation, eleventh grade in my second, and a sophomore in college for my third: a steady continuum, from child to adult. There’ve been short diversions here and there: some eye-opening time at a law firm (!), a year as a consultant in healthcare (!!). But archaeology has always had my soul.

Today, the thrill is still what it’s always been: the same excitement, the same sweet sadness, the same ever-humbling awe. Now, in addition to my work for museums and heritage organizations, I get to write what I love–merging my early, unarticulated interests with the lessons of my career.

Of course, I recognize that not everyone cares about the archaeological particulars. Some people don’t get it at all.  In the Samantha Sutton series, I hope to impart a basic introduction to the science and its ethics (the characters–the good guys, anyway– use appropriate survey, excavation, and dating methodologies, and actively seek the involvement of local stakeholders). But my main goal is to give enough life to Samantha’s passion that young readers can identify with its fervor, if not with its specific focus. Because while a few of my readers might be archaeologists one day, others will be astronauts and firefighters and presidents, and lawyers and consultants, too.

Passion is what I wish for my young audience, and the ability to recognize it whenever it happens to find them.

Jordan Jacobs (www.j-jacobs.com) has loved archaeology for as long as he can remember. His childhood passion for mummies, castles and Indiana Jones led to his participation in his first excavation, at age 13, in California’s Sierra Nevada. After completing a high school archaeology program in the American Southwest, he followed his passion through his education at Stanford, Oxford, and Cambridge. Since then, Jordan’s work for the Smithsonian, the American Museum of Natural History and UNESCO Headquarters in Paris has focused on policy and the protection of archaeological sites in the developing world.

Jordan’s research and travel opportunities have taken him to almost fifty countries– from Cambodia’s ancient palaces, to Tunisia’s Roman citadels, to Guatemala’s Mayan heartland and the voodoo villages of Benin.

Jordan now works as Head of Cultural Policy at UC Berkeley’s Phoebe Hearst Museum of Anthropology. He lives in San Francisco with his wife and two daughters.